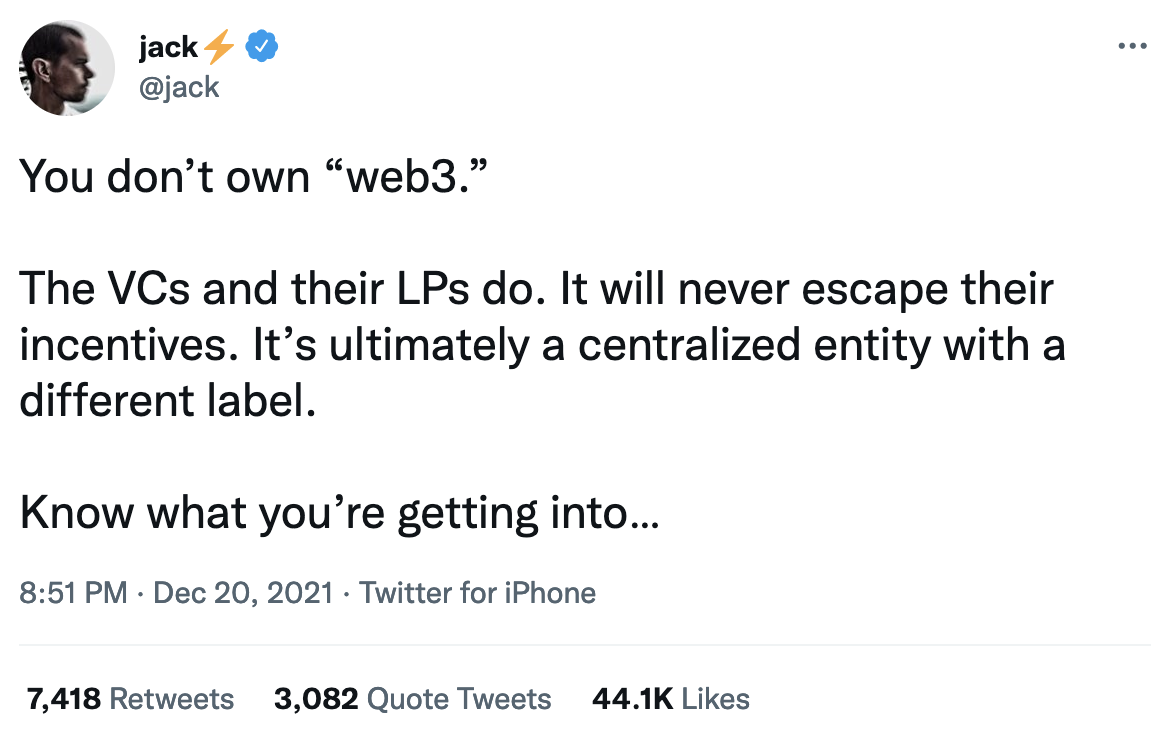 Jack Dorsey had quite the encounter online this week, particularly with this tweet which had some consequences.

The tweet was not in response to anything, but a broadside against the game that VCs have been playing for the last 8 years. He ended up getting blocked by none other than Marc Andreesen of A16Z, which seems to have had the most VCs and portfolio companies responding to him in various ways. What was remarkable was that he didn’t back down at all and proceeded to rebuff all attempts by these VCs to convince him otherwise, making it clear to his followers that he’s a Bitcoin-only guy and that Web3 is a scam.