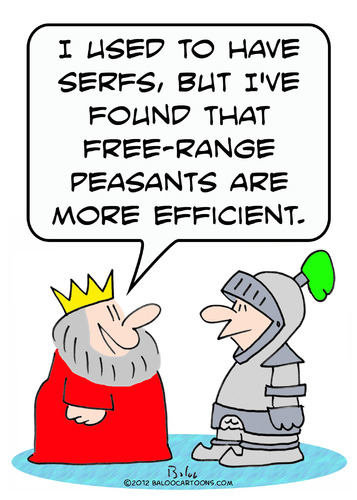 Raoul Pal made some news because of a comment on his channel, Real Vision, where he explained to the interviewer that he sold Bitcoin because the people there were being mean and he liked buying Ethereum because the people there were lovely to him. As many have pointed out, this doesn’t seem like a great metric for making decisions. People being nice or mean is not a bad way to determine a neighborhood to live in or a church to attend, but it doesn’t seem like a great investment strategy. After all, some of the best investments have had the meanest people and some of the worst investments (scams) have had the nicest people.

Yet from Raoul’s perspective, his logic makes a perverse sort of sense because he is part of what I call the monetary aristocracy. Aristocrats in the past were the people who controlled things and they were used to being treated a certain way. There were certain niceties observed around them and any perceived slight, intended or not, would be punished in due course. These people specialized in intrigues and machinations, and not behaving properly around such people was a death knell, socially and thus economically.